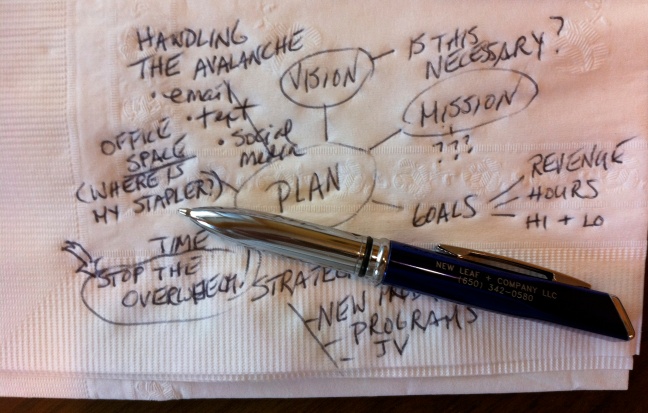 When encouraging people to apply to an accelerator like Startup Reykjavik to individuals I meet here in Iceland, there are generally speaking two types of dialogues I engage in. First, they are with those who have an idea of a particular business and are ready to make the jump to the real world with it, i.e. start a company around the idea. Second, there are those who have been working on the idea, and either have incorporated or are about to. The reply to my question of the first group when I ask them if they have considered applying to an accelerator is often: “Wow, that sounds great. I get both money and loads of mentoring? Where and when can I apply?”. The second group is more cautious: “Yeah, we thought about it initially. It would’ve been right for us then. Right now, we’ve just come so far that it doesn’t make sense for us”.

To put it in plain words, ideas or companies that have already done their first iterations of their business are the ones who gain the most in an accelerator participation. Don’t get me wrong, most or all businesses that go through an accelerator will improve faster than if not participating. The structure of accelerators is designed to accelerate the business ideas. To do more faster. Ask anyone who has participated in an accelerator. A typical response would be: “We did work in 3 months that usually would take 9-12 months”.

Teams in the idea stage will certainly improve and take firmer shape, even start to generate revenues during or shortly after the program. Further developed ideas or newly incorporated businesses on the other hand will in most cases transform during the program to the better, i.e. pivot. The iteration process with customers, mentoring, peer review and practical guidance will see to it. I’ll try to explain graphically.

Initially, ideas develop over time through founder discussions, iteration with customers for proof of concept, etc. There will come a time where the founders reach the moment where the idea takes off from the ground in an exponential manner in terms of value. It is not a linear relationship. (and before launch, there’s that panic moment – that’s the little valley on the curve in the graph below)

The purpose of an accelerator is to decrease the time an ideas or a company needs to adjust the market-fit. Move faster along the x-asis. Right? Value increase is the result (y-axis).

Now, let’s say a decently developed idea or company already with a prototype participates in an accelerator. The team takes every advantage of the program (as any should) and moves faster across time (x-axis). The result is a much larger increase in value creation for the founders.

Of course these are simplifications. Yet, I have seen companies in the second category that were offered a seat in the accelerator and politely declined based on the premise that they felt they would do a) just as well without the accelerator, because b) they had already come too far to participate, and thought c) giving up 6% of the equity when they had done so much work already was too much for them. And I respect their decision. In retrospect, however, I have a strong feeling that these companies would have come further with the accelerator participation. I also see that companies that have a very clear vision of their company and product are the ones who take most away from the accelerator. They have come further along the x-axis in the graphs.

Is giving up 6% of the equity too much?

An important point to address is the equity part. Why should a company give up 6% of the equity for less than USD 20,000. Well, the value in accelerators is not only the money provided from the investor – Arion Bank in Startup Reykjavik’s case. It really is mostly about everything else, i.e. mentoring from dozens of people that provide substantial expertise and network that come specially to meet the teams in the coworking space rather than the teams calling around town for meetings with those people, micro lectures, assistance on a strong shareholder agreement, working the current cohort community and peer review, media attention, practical step-to-step guidance in various business stages, international network and contacts, direct engagement with investors, the alumni community and so on. The money really is “just” a bonus to all of the above.

Accelerators are an important component of any startup ecosystem. They play a vital role as training, mentoring, social and value increment vehicles, regardless of the participant’s maturity stage. In the top-tier accelerators, we see companies with revenues high as 1 USDM when participating. I suspect this is a rarity. My point is broadly that accelerators are not only for ideas in their earliest stages.

Therefore, I encourage those that want to accelerate their companies, regardless of their maturity, to apply to Startup Reykjavik this summer. Application deadline is 31 March.